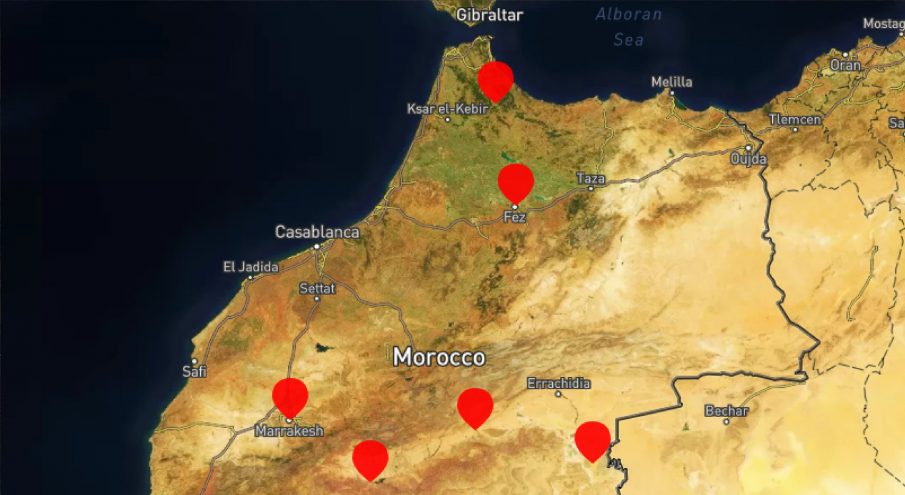 My traveling year of 2020 has started with my first trip to Morocco. It was actually my first time in Africa after almost 10 years! At that time I had no idea what 2020 will look like in the end and that this would be my only trip abroad. Luckily, I got back home right on the time before the situation with the coronavirus started to get really bad in Europe as well. I went there around my birthday. That meant that I spent 2nd consecutive birthday abroad traveling. The first time I did that was in Myanmar.

My trip lasted for 16 days, making it one of the shortest trips that I took by myself so far. I was traveling between the 9th and 24th of February. This month is perfect for visiting Morocco. Mornings and especially nights can get quite cold mainly around Merzouga or Marrakesh and around the Atlas Mountains. Moroccan houses are good for summer because they do not allow a lot of heat to enter. On the other hand, they do not have much insolation or heating which makes them quite cold especially in the winter.

During the day it gets warmer but not too hot compared to the summer months on average it was around 25-28°C. It would be much more difficult to explore the medinas of Marakesh and Fes when it is 40°C or more. Morocco is a very dry country in most places so it does not rain a lot. Actually, as far as I remember it only rained one night in Marrakesh, and even then not that much. On the other hand, it can snow in Morocco, even in Marrakesh. I did not have the chance to experience that but I did see some snow when I was going over the Atlas Mountains to Fes.

I have not seen many places in Africa yet. Actually, I was on this continent technically only for one day. That happened in 2010 when I went on a cruise around the Mediterranean sea with my family and one of the stops was also Tunis, the capital of Tunisia. That is why I really wanted to go back to Africa for some time already. Most countries in Africa are actually quite difficult to travel around, especially independently. Luckily, Morocco is not one of them. This country has been kind of a backpacker center of Africa for many years and decades.

There are often very cheap flights from a lot of airports around Europe so that was one of the factors why I decided to travel there. One of the main factors is also safety. Morocco, in general, is quite a safe country, even if you compare it to some European countries and cities. It is true that crime happens sometimes and that there are quite a lot of scams but if you read about that and have some common sense you will love the country just as much as I did. I did not have any sort of bad experiences there. Even though I got some warnings about Fes from locals nothing bad happened there as well.

Morocco is also very culturally diverse, has amazing food and a lot of places to see, both cultural and natural, such as many ergs (a broad, flat area of desert covered with wind-swept sand with little or no vegetation). Written below are some of the highlights from my trip although there are many more that I didn’t include in this list as well

Planning this trip was quite easy since the route that I took was quite popular. I started my trip in Marrakesh and ended it in Fes. That is why I booked two flights instead of one return one just because it would have been too big of a hassle getting back to Marrakesh since I did not have that much time on this trip. In the beginning, I was thinking of going from Marrakesh to Merzouga by myself, independently.

I realized that I would have missed a lot of things on the way if I just took a bus straight to Merzouga. So I started looking for desert tours that go to Merzouga from Marrakesh. There are a lot of them. I was looking for one that would take me to Fes as well. Those were a bit more expensive and not that many. Eventually, I found one tour which was 4 days and 3 nights and it cost 175 euros. In the end that was not even that expensive considering the number of things, it included (3 nights at quite good accommodations, breakfast and dinner every day, all transportations, guiding, camel riding, etc.) 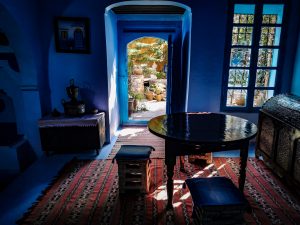