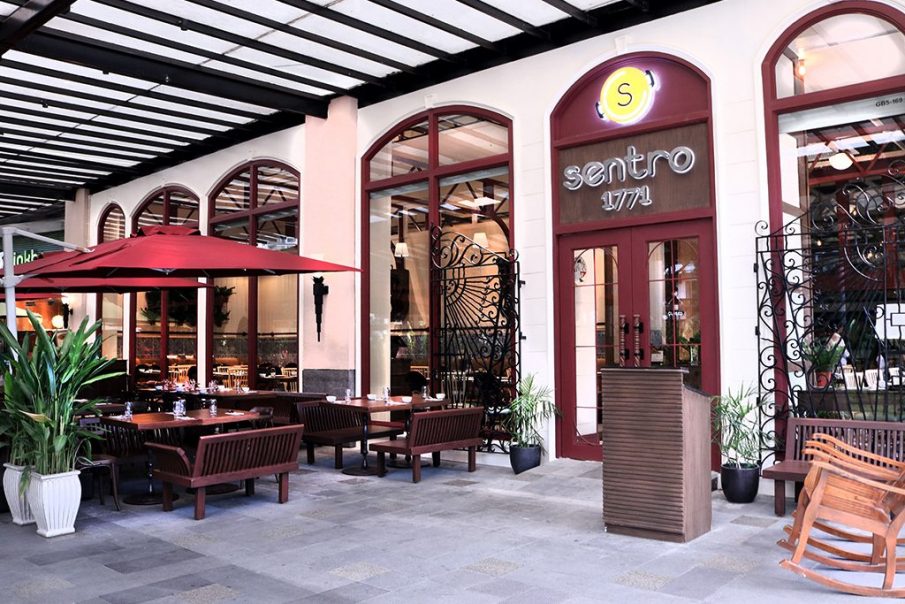 Sentro 1771, true to its name, is a meeting point. It is where several different qualities and ideas converge — of past and present, of laidback and sophisticated, of homegrown and international.

We decided to try out this place by ourselves as well and see how it is. We went to the Greenbelt location because it was the closest to us. There are two other locations in Capitol Commons and Uptown BGC.

For almost 17 years now, it has maintained this balance, creating delectable culinary experiences for many living in Metro Manila.

Established in 2002, the restaurant was born out of a passion for pushing the bounds in what it means to be Filipino food. With the tagline “First in Modern Filipino Cuisine,” It prides itself on its ability to reimagine and synergize.

From using foreign techniques in cooking while still keeping true to traditional Filipino flavors, to architecture that evokes the Commonwealth-era but is still modern and chic.

What did we order?

This innovative knack has become one of Sentro 1771’s greatest strengths in keeping its name still at the forefront of conversations. And that was one of the main reasons for us coming to this place. To try their signature Sinigang na Corned Beef (₱320). Corned beef is quite popular food to prepare for Filipino households. It is easy to cook and it fits everyone’s tastebuds really well. From a kid to an adult, everyone loves corned beef. So no wonder that this place combined it with another really popular Filipino dish – sinigang.

Sinigang is a Filipino soup or stew characterized by its sour and savory, taste most often associated with tamarind.

In most of the Filipino restaurants around Metro Manila, you can choose portion sizes. That is a great idea because they are usually quite big and even the small portion can sometimes be a regular sized portion in Europe. At Sentro 1771 there are three different portion sizes: solo, sharing and family.

What I also really liked was that before the serving a waitress brought a smaller tasting cups. The soup can get quite salty and sour for some tastes so this is a great idea. The dish came out as a totally flavourful soup dish mixing the rich flavors of corned beef and sour soup of sinigang was absolutely amazing.

We also decided to order some pica-pica, a Filipino term for snacks or snacks that you can eat with your hands. We ordered a small portion of fried kesong puti (₱220). This is a native white cheese, breaded and deep-fried until golden brown. It is served with sweet chili guava sauce and garlic dip.

Contrary to what one may believe, rigid rules do not govern cooking traditions in this world-class cuisine; instead Filipino food is rooted in improvisation and innovation (that’s why adobo, kalderata, and bistek have no set recipes). It’s about taking familiar flavors and adding one’s own character and personality into it. And this place provides exactly that kind of experience.

Sentro 1771 knows what makes Filipino dishes truly Filipino, It’s a deeper understanding of this tradition of innovation. Both dishes were prepared really well and were full of flavor. The portion sizes were also big enough for both of us to get full. We will be back for sure to try their other takes on Filipino cuisine as well.

Note: Prices are inclusive of 12% VAT and subject to 10%  service charge in most of the restaurants in the Philippines.